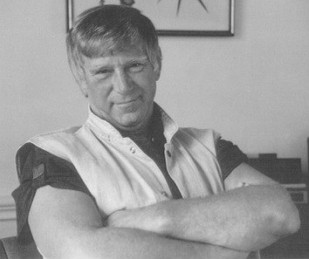 Ron Chipkar - Broker for 50 years
Honorary member - Toronto Real Estate Board
and Mississauga Real Estate Board
This article is not an advertisement but rather some insight into the history and operation of R.J. Chipkar Real Estate Ltd. Brokerage, one of the only 100% family owned real estate companies left in the city. The company was started by Ron Chipkar over 50 years ago and is now operated by his sons; Glenn, Randy and Joel who have been full-time REALTORS®* for decades.

“We have always considered our father to be one of the greatest salesmen of our time,” says Randy. “Over 50 years ago he opened R.J. Chipkar Real Estate Ltd. Brokerage and the stories and awards he achieved were endless. In the 1960’s he had one of the largest independent real estate companies around. With many offices and salespeople, he was extremely successful. Some of the greatest brokers today began their first day at our father's company.”

Ron also introduced a unique (at that time) ‘100% system’ within his offices which later became known as the ‘Chipkar System’. It was an innovative internal brokerage plan that created a more favorable broker/agent relationship. He then was successful in taking on the registrar of real estate to keep his new operation.

Ron had an open highway to launch his new system and further expand his company but something else had attracted his attention. He began to purchase apartment buildings for long-term investments. With this new interest he decided to give the groundwork documents of his registrar victory to his friend Frank Polzler who then did a fantastic job advancing what is known today as the ‘Re/Max’ system. “Dad never looked back as his new interest in apartment buildings made him millions and gained him a very early retirement so he could travel the world,” says Glenn.

Leaving pre-medical school at the University of Western Ontario to pursue a career in real estate was a big decision for both Glenn and Randy; however, they don’t regret it for a second. The brothers were always driven, outgoing and unique from most students. “We had our own medical theories and views that were not recognized by professors at the time,” says Randy. “Eventually we both felt like ‘rebels’ in a world of conformity. Our hearts were no longer in the program and we decided to reassess our life path.”

Glenn and Randy finished their last year-end with honours and then left with ambition for the real estate industry.

The brothers had great respect for their parents for supporting their decision. “Actually, at first, our dad thought we were crazy for leaving pre-medical school,” says Randy. “But soon he began teaching us everything he knew about the integrity of the real estate business.”

The brothers started with zero clients as their father was retired many years prior. They state that you can learn the ropes, principles and rules but applying them to the real world is both challenging and rewarding. “In this business you get back exactly what you put into it,” says Glenn. “We felt driven like never before and ready to reach the highest standards that our dad was known for. We had a long road ahead of us.”

Soon Joel, the youngest of the brothers, joined the company with equal ambition and determination. At the time he was the youngest registered Realtor* in Ontario. Joel says that one of the keys to their success, unlike other offices, is no in-house competition. The brothers know each other’s schedule and clients and they assist each other for maximum efficiency. “It’s like having three brokers looking after you,” says Joel. “We bring three perspectives to each transaction to ensure that the final outcome always upholds the client’s best interest. As brothers we are as different as can be yet the company runs like a fine-tuned machine because of the respect we have for each other.”

With all the brothers on board the goal was to create the ‘perfect family business’ based upon trust, integrity and genuine personal attention for every client.

Throughout the years they have turned down numerous offers to join franchise conglomerates. “Anyone can join a franchise and give the appearance or illusion of a large operation or team,” explains Glenn. “However, in reality no matter how big a company is, the only one representing you is the person you sign with.”

“It’s our name on the sign and our reputation to uphold which makes it personal and not just business,” adds Joel. “We’ve kept our identity and we have proven that bigger is not necessarily better - it's about quality rather than quantity. To us there’s no business like a family business.”

Randy also explains that the real estate business is very serious and sometimes gimmicks and ego advertising can cheapen its integrity. “It’s not an ego contest or a fashion show. Posting manipulated statistics or misleading statements to get the phone to ring is not attractive”, says Randy. “Also, misleading commission ads create confusion. The real estate industry must maintain integrity not gimmicks or borderline misrepresentation.”

“Our goal is to sell your house for its highest value,” says Joel. “Our competitive commission rate is very reasonable and there is a great deal of time, knowledge and legal liability behind every transaction. You don’t just ‘sell your house’- you must be protected in so many ways to avoid possible ongoing litigation after the closing date.”

“Buying or selling a home involves personal, legal and financial issues to maintain your family’s well being and serious agency representation is paramount,” says Glenn. “Honour, integrity, and trust are important qualities in any business or relationship. Over the years we have never compromised our marketing or performance for buyers or sellers.”

Decades later Chipkar Real Estate is still going strong. The brothers combine old school principles with new world technology and they look forward to the future of the industry. People in Mississauga, Oakville, Toronto and surrounding areas have trusted the Chipkar brothers with all of their real estate needs. They sell all types of real estate including apartment buildings, commercial, industrial, condos, townhouses, semi-detached, detached and also multi-million dollar homes. Glenn, Randy and Joel help people realize their dreams.

Chipkar Real Estate is bonded and insured for consumer deposit protection in a chartered bank trust account. The Chipkar brothers are members of the Toronto and Mississauga Real Estate boards which are connected to GTA real estate boards.

The Ontario Real Estate Association’s snapshot survey revealed that only 20% of Realtors* are actual brokers. Many real estate agents are only part-time. All of the Chipkar brothers are full-time real estate brokers and own Chipkar Real Estate.